Every year on the third Tuesday of September, all members of Dutch parliament dress their best, and gather traditionally in the Ridderzaal (Knight’s Hall) in Den Haag (The Hague) to listen to the Troonrede, (Speech of the Throne) read out loud by the head of state, the monarch. This year it is not possible to keep all traditions alive. Because […]

Op vakantie! Going on vacation – the Dutch way   Mid-summer has arrived and so have the school vacations. Dutch families, friends, couples and solo travellers are preparing to take off on their vacation. Now, there’s several ways the Dutch like to spend their vacation. Or, differently put: there’s different kind of Dutch holiday […]

The so-called  ‘Nederlandse sportzomer’ (Summer of Sports) is on its way! Having launched with the European soccer Championships, the summer of 2021 really will be full of sports events: from Wimbledon and the Tour the France to the Grand Prix and the Tokyo Olympics Games – we can’t wait for it all to get started, so […]

Did you know that the Netherlands is one of the seven koninkrijken (kingdoms) in Europe? Het Koninklijk huis (The royal house), as the Dutch royal family is referred to, is very popular in the Netherlands, but also sometimes a topic of discussion. Some love the tradition of a monarchy, some think it is a bit […]

The Paashaas is coming to town! Celebrating Easter in the Netherlands

Easter is around the corner, and in the Netherlands this festivity usually marks the beginning of spring time. The first rays of sunshine have broken through, flowers start to bloom and more and more time is spent outdoors. Easter is a widely celebrated family holiday in the Netherlands and it comes with some century old […] 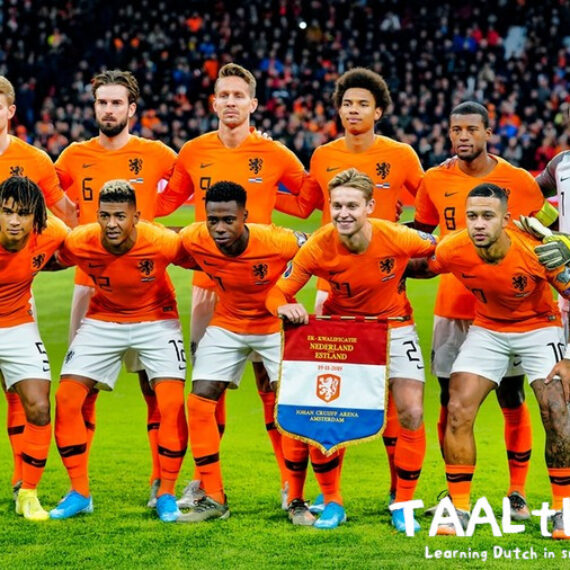 Did you know that the Netherlands are a real sports country? Although we are such a small country, our orange-clad sportsmen and women have set many world records and have won many medals over the years. From voetbal (football) to schaatsen (ice skating) to the typical Dutch korfbal, the Dutchies are of all trades. Have […]

New year, new me. Or as they would say in the Netherlands: ‘Nieuwe ronde, nieuwe kansen’ (new round, new opportunities). It is 2021, and with the start of a new year come the new year’s resolutions. In Dutch, we call them goede voornemens (good intentions). Curious about some of the most popular goede voornemens in […]